Kane Biotech is a biotechnology company engaged in the research, development and commercialization of technologies and products that prevent and remove microbial biofilms.

Mr. Mark Nawacki is currently the President & CEO of Searchlight Pharma Inc., a Canadian‐based specialty pharmaceutical company focused on the acquisition and commercialization of innovative and unique healthcare and pharmaceutical products. Prior to this, Mr. Nawacki served as Executive Vice President, Business and Corporate Development of Paladin Labs, a leading Canadian specialty pharmaceutical company, from 2003 to 2014. Mr. Nawacki holds a BA in International Relations and Russian and East European Studies from the University of Toronto (Trinity), an MBA also from the University of Toronto, and is a Canadian‐designated CPA. He currently sits on the Board of Intelgenx Technologies Corp. (TSXV: IGX) (OTCQB: IGXT). 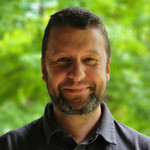 Mr. Edwards was appointed as the President and CEO of the Corporation on September 10, 2018. He is the founder and President of VétRx Inc., a Montreal‐ based technology company specializing in data collection, cleansing, marketing and pharmaceutical compliance for the veterinary industry. He also co-founded and was vice president of Oxygen Corporate Health from 2003 to 2008 which was later acquired by CGI Inc. Mr. Edwards holds a bachelor’s degree (Finance) from l’Université de Sherbrooke and an MBA from Concordia University. He is also the Board Chair of STEM Animal Health, a subsidiary of the Corporation, and is a Board member and past Chair of Toujour Ensemble Inc. 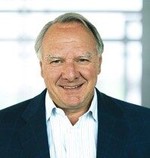 Mr. Morin is a corporate director who sits on the Boards of Strom Spa in Montreal, Immervision Inc. (Chair from 2010 to 2019), la Chamber de sécurité financière (Audit Committee and Chair of the Human Resources Committee), the Montreal Symphony Orchestra (Executive Committee and Chair of the Marketing Committee) and Canadian Tire Jumpstart Charities (Audit Committee). As a founding partner of Cossette, Canada’s largest communications group, Mr. Morin was instrumental in the growth of the firm nationally from 1973 until he left the firm in 2009. Mr. Morin holds a BA in Business Administration from Laval University as well as an ICD.D designation from the Institute of Corporate Directors and has completed the Owner/President Management program at Harvard University. 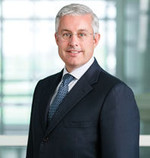 Mr. Renaud is Chairman, CEO and President of Redecam Group, a global leader in providing highly engineered industrial air pollution control solutions. A graduate of Franklin College of Switzerland with a Bachelor of Arts in international financial management, Mr. Renaud has been instrumental in securing many private equity financings and has an extensive European and North American network. He is a past director and chairman of a number of publicly traded companies including Sierra Metals Inc.

Dr. Prichard is the Acting Provost and Vice President (Academic) at Western University. She was at McGill University from 1979‐2005 as a professor in the Faculty of Medicine. From 2005‐15 she served as Vice President at Baxter Healthcare for Medical Affairs and R&D in the Renal and Specialty Therapeutics business units. She has served as a consultant to several medical device companies, as a board member of a privately held company and is currently the Vice Chair of the McGill University Health Center. She previously served on the Board of Directors of the Corporation from 2014‐18.

Dr. Mandelzys is a strategic business and scientific consultant to the biotech industry, often assuming acting leadership positions within organizations. He is currently Chairman of Searchlight Pharmaceuticals, and a member of the Board of Matrizyme Pharma Corp and Exactis Innovation. He is a former Board member of Clementia Pharmaceuticals up until its acquisition by Ipsen in 2019 and of Bedrocan Cannabis Corporation up until its amalgamation into Canopy Growth Corporation in 2015. Prior to his consulting roles, Dr. Mandelzys served as CEO and director at Thallion Pharmaceuticals up until its acquisition by Bellus Health in 2013. Prior to Thallion, Dr. Mandelzys served as vice president of business development at Labopharm from 2000 to 2006 and held senior research and business development roles with Allelix Biopharmaceuticals from 1995 to 2000 through its acquisition by NPS Pharmaceuticals. Dr. Mandelzys earned a PhD in physiology and an MBA from McGill University, and holds a BSc from the University of Toronto. He received his post-doctoral training at the Roche Institute of Molecular Biology.